You Are Who You Are and Nobody Else 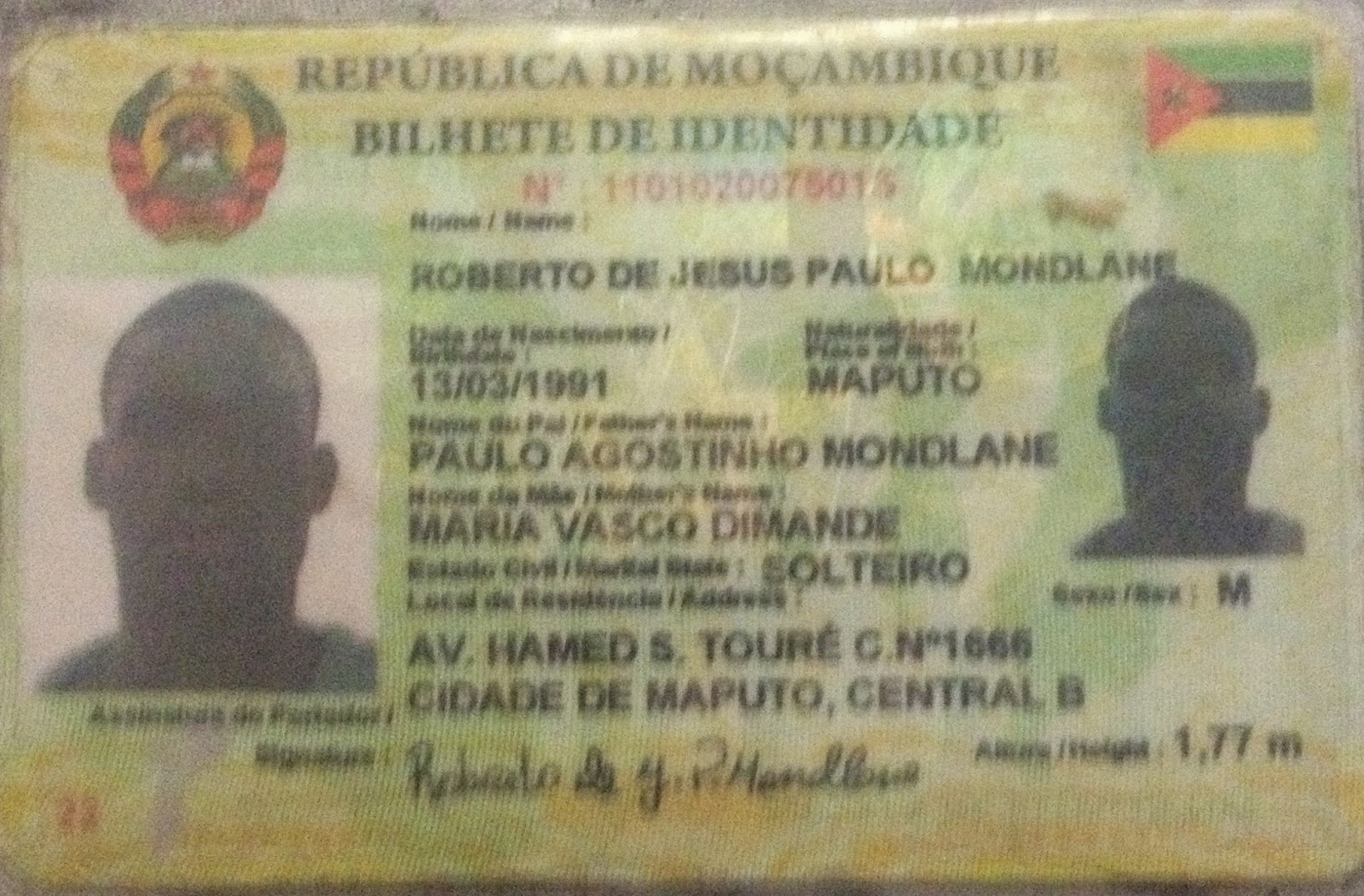 These last few weeks we have jumped through hoops to get 3 of our reintegrated boys registered.  In Mozambique, you are registered as an infant and receive a document called a “cedula.” With a “cedula” you can then request a document to process your BI, which is your official ID card with your picture on it.  Once that document is ready, you then go to the BI office and stand in line forever to have your information entered into the computer and your photo taken.  Then, sometime in the next 2 to 24 weeks, your ID card is ready to be picked up. . . and no, that is not a typo.  The official receipt says your ID card will be ready in 15 days but it sometimes takes months!

An ID card is necessary for many reasons – school, employment, playing on a sports team, random police checks, getting a passport. The “hoops” we have to jump through are often created because parents never registered their child as an infant.  So here we are with a teenage boy who, according to the government, doesn’t exist.  To register him at this age, we end up paying a fine.  Another “hoop” is that by the time a boy is a teenager, parents are often separated and we have to track them down to register their son.  Then there is the "hoop" of nothing in this country being digital.  Everything is still hand written in large books.  If a cedula gets misplaced or lost, you must go back to the office that it was processed at and flip through all the books til you find where your information was recorded.  If you don't remember the date you were registered, this task is nearly impossible.  These hoops are just something we endure for our boys because we know having an ID card is vital to their futures.

There is a book I love called “Chronicles of the Wind” by Henning Mankell.  It is about a Mozambican street boy named Nelo.  The author captures so beautifully the value street kids place on an ID card:

“They lay there in silence while Nelo considered.  ‘An ID card,’ he said at last.  ‘A document with a photo that says that you are who you are and nobody else. . . that’s what we dream about.  ID cards.  But not so that we’ll know who we are, we already know that.  But so that we’ll have a document proving that we have a right to be who we are.’ . . . If anyone had asked him what was the fundamental need of every human being, he would have known the right answer at once:  a roof and an ID card.  That was what a person needed, in addition to food, water, a pair of trousers and a blanket.  It was by having a roof over their heads and ID cards in their pockets that human beings differed from animals.  These were the first steps toward a decent life, an escape from poverty – building yourself a roof and obtaining an ID card.”

The hoops are worth it if, in the end, we help a young boy prove that he is who he is and nobody else.
Posted by Sarah Olds at 7:51 PM 1 comment: