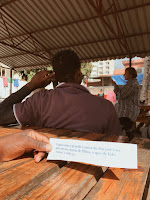 I believe that God places within each of us a heart message...a characteristic or aspect of Him that has transformed who we are and that we long to see others grasp.  Here at Masana, God has joined together a beautifully unique staff that each carries a different heart message.  Over the next 2 months, each staff member will take 3 or 4 days to impart their heart message to the boys.  3 John 4 says "I have no greater joy than to know that my children are walking in truth".   Its our hope that as each staff member shares their heart message, the Masana boys will walk in new truth!

This week, I kicked us off with teachings on the Father heart of God.  We talked about the fact that many of the boys have horrible examples of fathers here on earth - fathers who've abandoned them, or abused or neglected them.  For many of the boys, their fathers are the reason they live on the street.  We prayed for God to help them forget the negative aspects they've learned from their earthly fathers about what it means to be a father.  We prayed for God to teach them who He is...a good, good Father.  We learned that Father God is always loving.  He educates and disciplines us in love.  He gives us freedom to make our own decisions.  And He is patient and forgiving when we mess up.  He is a good, good father!!!

The boys also memorized 1 John 3:1 which declares: "How great is the love the Father has lavished on us that we should be called children of God!  And that is who we are!"

I pray that we all may walk in the truth that the Father lavishes His love on us. 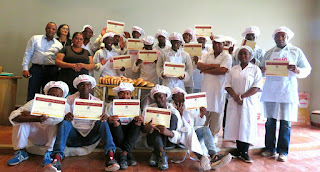 Over the 9 years that I have worked with Masana, we have had the joy of helping over 130 street boys leave the streets and return to their families!  One of the biggest challenges we face is with helping older boys leave behind the street life.  Over the years, we've experimented with small businesses but found that these rarely ever last for more than a couple of months.  We've sent a few boys through vocational courses to learn skills such as sewing or electricity.  They've done well in the courses but still have trouble finding steady work.

How do you encourage a young man to stay home with his family when he feels useless in helping them day in and day out?  How do you convince him he is not simply another mouth to feed?

This has been one of Masana's biggest challenges.

But God has responded to this challenge and given Masana the incredible opportunity of partnering with another local organization called Plataforma Makobo in providing a course in baking bread, internships with local hotels and bakeries, and hopefully employment at some of these establishments or at a bakery that Plataforma Makobo plans to open later this year.

In February, 14 Masana boys competed an 8 day training in how to make bread. Now they are awaiting their internship placements.  Of these 14 boys, we chose 9 boys that were already at home.  These 9 boys were those boys that struggled with the guilt of just being another mouth to feed.  We also chose 5 boys that were still on the streets and allowed them to participate in hopes that this might be their exit from the street life.  2 of them have already gone home.  1 of them plans to go home once the internships are set.  The other 2 are looking at options of renting a house.  These boys no longer feel that they are useless to their families.  They have hope of truly feeling like they belong with their families. 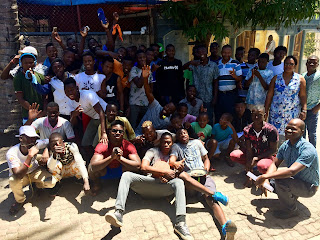 In January of each year, we have the privilege of gathering together many of the boys that have chosen to leave the streets.  Since 2009, Masana has helped about 140 boys leave behind the street life.  Not all of them succeed at transitioning to life off the streets...some choose to go to South Africa in hopes of a better life.  Others end up in jail.  Some come back to the streets.  But this year, 50 boys that live close to the capital city of Maputo were able to gather together at Masana.  This photo is our ever-growing group of reintegrated boys.

Each of the boys took a minute to share when they left the streets and where they are now.  Some are with their parents.  Others are now fathers with children of their own.  Some are still going to school and others have stopped studying and are trying to work to help their families.  Life isn't easy for them but they are, day-by-day, trying to get by.

This picture is a tangible glimpse at the fruit of our ministry...lives that have truly been transformed by the love of God poured out here at Masana.  Remember these young men in your prayers.