This past Saturday, we took 12 year old Felix home. He is one of my favorite boys. He is one that really marches to the beat of his own drum. Sometimes I would pass him on the street and he would be marching around talking to himself and playing his make believe games. . .lost in his own little world. Anytime he saw me rather we were at Masana or on the street, he would greet me with "Malunga" (which means white person) and I would greet him back with "Mulando" (black person). He always made me laugh.
This is the hard part about our work with the street kids...telling them goodbye when they are ready to return to their families. But it's so the decision I long to see every one of them make.
Felix left home back in January after getting in trouble for stealing some money. He has been living on the streets for the past 10 months. I'll never forget the image of his father meeting us as we approached his house, stopping, and shaking hands with his son. It's so beautiful to see the hearts of children and fathers turned towards one another.
Luis, my coworker, spoke to Felix about how its his father's responsibility to teach him and discipline him. He spoke to the family and neighbors about the need for them to look at Felix, not as a street child but as a they would any other child in the community. He encouraged them to continue guiding Felix in the right ways.
Please be praying for Felix these next few weeks. Pray that there is no temptation to return to the streets. Pray for his family to be bonded together in love. 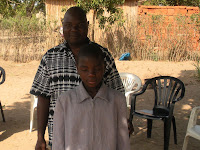 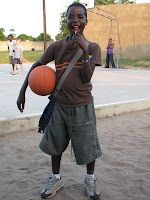 This past weekend, Paulo Cossa, one of the boys that i was closest to last year at the Iris Children's center, passed away. Paulo came to live at the children's center just before I did in December, 2007. He was quite sick when he arrived but with nurses looking after his health and proper nutrition, he improved greatly.
Paulo and Inacio were best friends and they were quite attached to me. And i loved that. We had so much fun together....from trips to the city for dinner at Mimmo's or going to the market to buy vegetables and then give it away to people in the community. Even after I moved to the city to work with street kids, Paulo and Inacio would come running anytime they saw my car driving into the center.
But Saturday of last weekend, Paulo left us. He went to be with Jesus. I can say with confidence that he knew the Lord. Paulo was one of the most beautiful kid to watch during worship. It was obvious that he was lost in the presence of the Lord. 1 John 3:1 says, "how great is the love the Father has lavished on us that we should be children on God. . . and that is who we are." Paulo knew that he was a child of God. He was confident in the love of his Father.
Paulo was such a beautiful young man. I am so thankful that the Lord allowed him to be a part of my life for a short time and that I was able to lavish love on him. 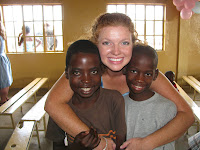